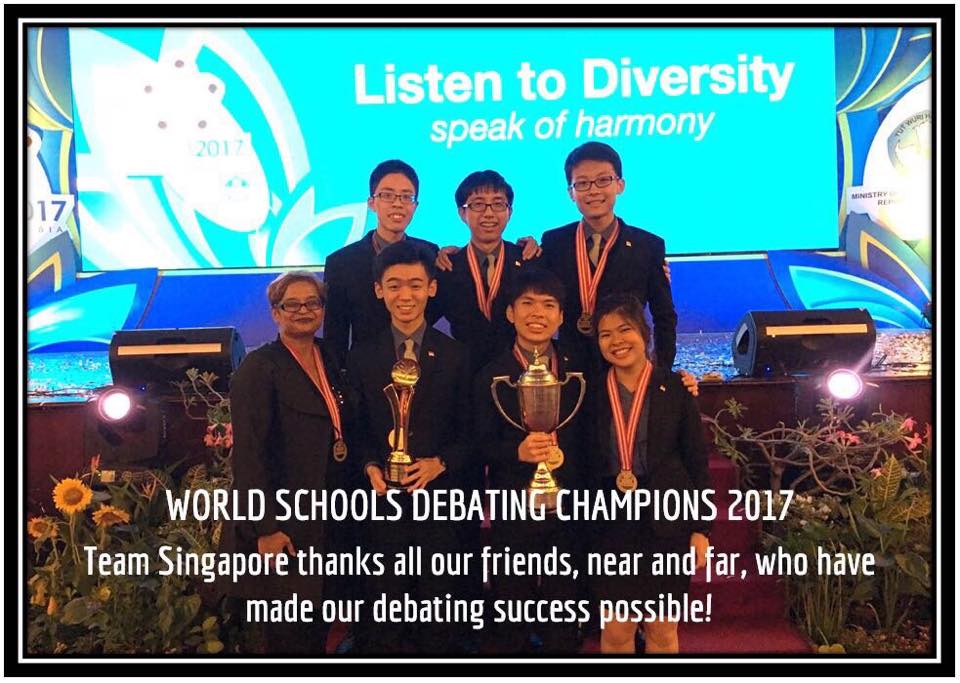 Debate Association (Singapore) is proud to announce that Team Singapore has emerged victorious in the recent World Schools Debating Championship 2017 and are now the reigning World Champions!

The World Schools Debating Championship (WSDC) is an annual international tournament where the best high school debaters from each country are selected to represent their nation and battle it out in up to 13 debates held over an intense two-week period.

This year, 50 countries took part in the 29th edition of the WSDC held in Bali, Indonesia from the 1st to 11th August.

Word From our President

Don't let your starting point stop you from beginning your journey with debate.

It's up to you to take steps in the direction you want, for you to grow and progress!